BECOME A MEMBER
APPLY FOR FUNDING

We invest collectively in seed and early stage companies

MLA angels are successful entrepreneurs/executives who invest and take an active interest in early-stage companies. Our members collectively invest their human and financial capital in innovative, early stage technology companies to help them grow and realize their potential.

MLA members individually invest in high potential companies that have been selected through the Investment Review process or invest through the MLA48 Fund. 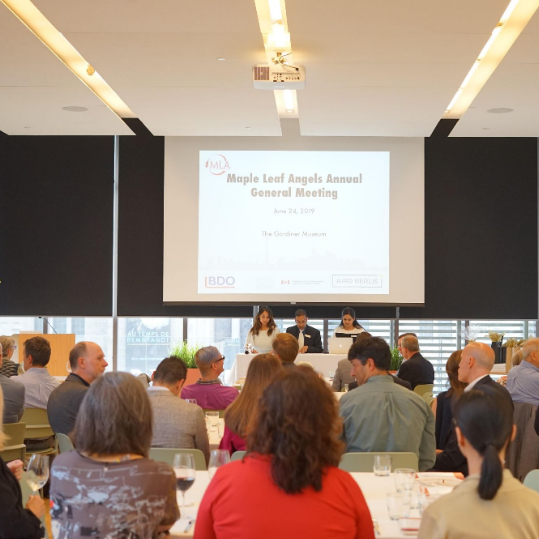 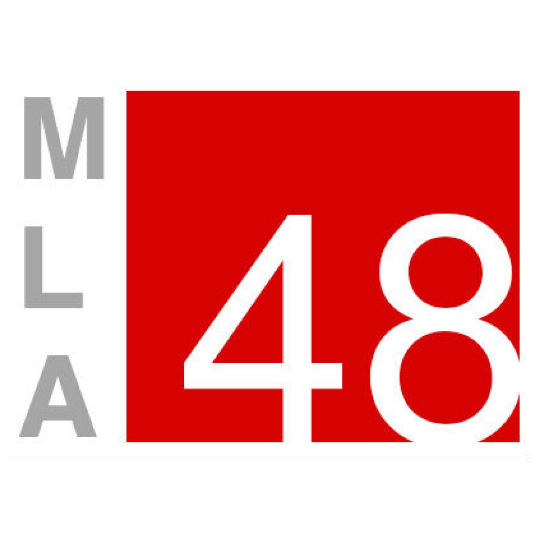 MLA48’s objective is to make investment decisions within 48 hours and offer companies coaching and mentorship, networking opportunities, and access to follow-on funding from the Maple Leaf Angels members.

MLA48 Fund I and II are fully deployed. MLA48 III is in deployment mode. 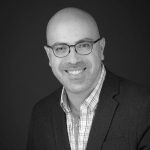 Mohammed is a management consultant, entrepreneur, renewable energy
developer, angel investor, and aspiring writer. He’s passionate about working with others to bring novel ideas to life. Currently, he’s the Chair of the board at Maple Leaf Angels and a member of its investment review committee. He also serves on the investment committee of the MLA 48 Fund III. Previously, Mohammed founded and operated Club Ovahi, a
retail mobile app company, and produced and distributed an educational mobile app. Within the renewable energy space, Mohammed partnered with Adenium Energy Capital and acted as its General Manager in Jordan, where he co-created one of the country’s largest solar power portfolios. He is also a founding investor of Yellow Door Energy, a company that finances and builds solar power plants for commercial and industrial clients. At the beginning of his career, Mohammed established himself in management consulting, where he was a Senior Manager at Deloitte. He advised Fortune 500 companies to plan and execute complex technology projects,
enhance business performance, and develop results-oriented strategies. He holds a degree in
Mechanical Engineering from the University of Jordan and an MBA from the University of Utah.
Mohammed is a keen follower of innovation trends; he studies and writes about emerging
technologies, innovation strategy, and the startup ecosystem. 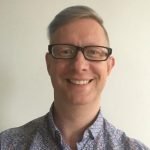 Eric has a unique and diverse background. He is the co-founder of and Director of
Festival Programming at Maker Festival. Born and raised in Ontario on a small chicken farm, Eric went to Queens University for engineering. He co-founded StumbleUpon during a gap year. After graduating, he lived and worked in Silicon Valley at a high-tech startup, designing and installing industrial sensors. After moving back to Canada, Eric founded Sensebridge – a wearable electronics company. He was a trustee and later Dean at the Toronto Awesome Foundation, and is a community organizer for Hacklab.TO, Quantified Self Toronto,
Long Now Toronto, and DIYbio Toronto. He currently leads a Machine Learning study group and is helping the Toronto Space Club to launch balloons and model rockets to the edge of space. In addition to serving as MLA’s Interim Managing Director this year, Eric has been an active member of MLA since 2018 and received the MLA New Angel of the Year Award in 2019. He has served on MLA’s Investment Review Committee for the last 3 years and is also a member of the MLA 48 Fund III Investment Committee. 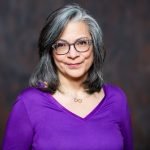 Ana Sainz is the lead practitioner at The Claret Partners Limited
with over 30 years of experience across a variety of industries. Ana received her tax training at a national CA firm in the mergers and acquisitions and financial services tax group. Ana serves as the in-house tax department for a
public P&C insurance company, a large private equity firm, the Canadian arm of the world’s largest law firm as well as managing other small clients. Prior to her tax career Ana held positions in the capital markets: debt syndication, and fixed income origination at two global securities firms. Ana has also been a controller for a number of smaller companies including the treasury subsidiary of a life company. Ana is a Chartered Accountant and holds a Masters of Taxation from the University
of Waterloo. She has also completed the CICA In-depth GST/HST course. 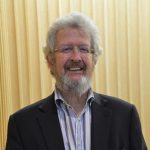 Richard has over 30 years of investment advisory and sales experience, most
recently as the Co-Head of BMO Nesbitt Burns (BMO NB). During his years at BMO NB, he served on the Board of NB, as a member of various advisory groups, where
his role included oversight of the NB Funds and Futures products. He also served as an Alternate
Member of the Banks Management Committee. Richard had also been the head of the NB United Way Campaign during a period of his tenure at NB. In 2017, he received his ICD.D designation and over the years, he has completed a list of security industry designations in both Canada and the US, including PDO, Branch Managers, Options and various Commodities/Futures licenses.
Richard has been a member of Maple Leaf Angels since 2017, where he has actively participated in weekly Office Hours session and been a member of the Investment Review Committee and
MLA48 Fund LP investment committee. Richard joined the MLA Board of Directors in 2018. To date he has made angel investments in seven individual start-ups and four angel funds, including MLA48 II and III. 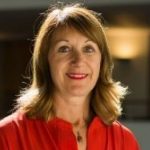 Elizabeth’s work experience includes Portfolio Management at CPPIB in Thematic Investing where she was in charge of a project to establish a Fund for Growth Capital for Health Care. Prior to this she was a Vice President, Investments at Working Ventures Canadian Fund where she led the health care and biotechnology group and was responsible for a $60 million portfolio resulting in several successful exits. She has served on numerous Boards of Directors of private and public companies in the healthcare and information technology sector. She was Chairman of the Sunnybrook Working Ventures Medical Breakthrough Fund which was an initiative to commercialize technology emanating from the University of
Toronto. A graduate of Queen’s University (Chemical Engineering) and with an MBA from Concordia University (Finance), Elizabeth has many years of experience in financial services.

Elizabeth has completed the ICD.D (Rotman School of Business) and serves as the President of the Toronto Cricket Skating and Curling Club as well as a Member of the Finance, Audit and Risk Committee and the Pension Sub-Committee.

Doug’s passion is launching and growing businesses. As a Finance Executive (CPA, CA), his contribution was developed and enlarged from occupying CFO roles in a number of industries including: Pharmaceuticals (Novo Nordisk Canada Inc.,
Glaxowellcome Canada Inc.), Consumer Packaged Goods (Carter Wallace), Electronics
(Westinghouse Canada Inc.) and Energy Services (McDermott Incorporated). Over a 30-year
career, Doug has demonstrated Executive level skills in managing high growth Enterprises, in a
financially sustainable way. At Novo Nordisk Canada Inc., Doug contributed to an 8-year CAGR
double digits profits growth, growing sales from $69M to over $300M. Doug’s CFO career
prepared him well for transitioning into the world of Angel Investing. Doug joined Maple Leaf Angels (MLA) in 2014 and Angel One Network (Mississauga, Burlington) in 2015. Since then he
has made a number of diverse investments in Craft Beer, Medical devices and Technology
sectors. Doug is also a Limited Partner in both MLA48 Fund I and Fund II. Doug prefers to take an active mentoring role with his investments, and currently serves on the Board of Directors of 2
investee companies thus gaining valuable experience and insight into the challenges that confront
early stage companies. Further, at MLA, Doug has broadened and deepened his contribution
since joining in 2014. Starting with regular participation at weekly Office Hours, Doug evolved to serve on the Investment Review Committee (IRC), the Investment Committee for MLA48 Fund II and the MLA Board of Directors. Doug leverages his financial and governance strengths to bring a
keen eye in challenging prospective Investee organizations in their financial and governance rigor, and their financing strategy. Doug makes his highest contribution when participating in setting the
enterprise mission, strategies and goals, then in building business operations to grow shareholder
value. As an active member of the Angel One Network, Doug has increased access to deal flow in
the region west of the GTA, and broadened opportunities for best practices sharing and
syndication. 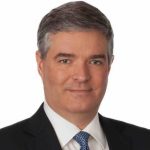 Murray is Principal at NextStep, an advisory boutique located in Toronto that specializes in providing advice on capital raising, market dynamics and investor communication. Murray has been able to produce continuous improvement in results, operations and processes during his career. He is regarded as a strong relationship builder
and active listener who has maintained and developed many top-quartile client relationships and provides expert advice, coaching, and sound judgment to senior executives, peers and colleagues.

Murray is actively engaged in the early stage ecosystem, having invested in opportunities in the
social impact, medical technology and robotics sectors. He sits on two start-up boards – one in
medtech and the other in asset management. He participates as a member of the Investment
Review Committee of a Toronto based venture fund. Murray is also a member of Maple Leaf
Angels, the largest angel network in Ontario. 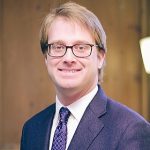 Ted Meighen is currently the Director, Airport Operations for Porter Airlines in
Toronto, and an emerging leader in the transportation industry, with experience in disciplines from finance to strategy, and operations to contract negotiation & bargaining. He holds an MA (Honours) from King’s College London and an MBA from the Ivey Business School at the University of Western Ontario. Ted has also volunteered for Sunnybrook
Hospital, the Toronto Police, and Community Food Centres Canada. He currently serves as Board Member and Treasurer of the Institute for Advancements in Mental Health and acts as a volunteer mentor to young entrepreneurs and companies. 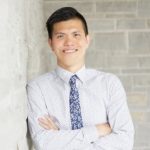 Dr. Victor Ng is a practicing family medicine and emergency medicine physician. He currently serves in a senior leadership role as the associate director, programs and practice support at the College of Family Physicians of Canada (CFPC). Additionally, Dr. Ng is the associate medical director, emergency medicine at Scarborough Health Network. He is a member of the Maple Leaf Angels investment group and sits on its membership and marketing committee.
His entrepreneurial interest includes advising start-up and early-stage businesses to optimize go to market strategies and innovative businesses that optimize health care delivery and quality. He has a keen interest in corporate governance and is pursuing his ICD.D designation through the Rotman School of Management. He has sat on a number of corporate boards; currently a member of the Casey House Hospital and Foundation Board of Directors. 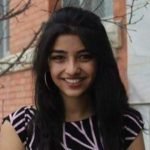 Vihangi recently completed a degree in Mechanical Engineering with Options in Entrepreneurship and Biomechanics from the University of Waterloo. Her diverse work experience includes working in a fast-paced ecosystem with the Conrad School of Entrepreneurship and Business, where she rotated through 7 early-stage startups within 4 months, helping them achieve their business goals.

She's also volunteered with local startups to help them build their MVP and refine their business models. Her other roles have been in software development, R&D, reliability, and process engineering. In her free time, Vihangi enjoys designing her own clothing.

This report also tracks a shift in the angel landscape with ...